Money envy happens to all of us, at varying degrees. A colleague might get a promotion and salary increment you were hoping for, or a sibling might buy the house of your dreams. And after meeting them, you might go home and realise just how much more they have than you, money-wise, and can’t help but feel envious of them.

For me, money envy hit hard when I was in college and plagued me throughout adulthood.

Many of my college mates came from affluent backgrounds so money was never an issue for them. They would spend freely and had nice things such as cars, clothes and gadgets, and lived in big houses. On top of that, they could afford to dine out daily and go for activities such as movies, bowling and the like on a regular basis.

I, on the other hand, came from a middle-income household and had to work part-time to earn pocket money while I was in college. I worked at a restaurant and earned RM5 an hour, and made about RM400 a month, so I could not afford many of these same luxuries.

Every time we got together, they would talk about the newest hangout joints, and they all seemed to know what each other were talking about. They would exchange notes on which dishes were good and which ones to avoid, for their next visit there.

Many times, I was lost. I had no idea what they were talking about and would often sit there and stare blankly, as I knew I would not be using any of their notes.

Just after we graduated from university, my best friend told me that her parents had bought her a condominium and I couldn’t help but be green with envy. Owning my own home had been a goal that I had been saving up for since I started working part time at 16, and I was still a long way from my goal.

Yet for her, she had a condominium to her name without having to work for it. I became jealous and bitter. I started resenting her for having nice things, being able to afford luxuries that I couldn’t, and basically, for being ‘rich’.

Every time she complained about her job or her bad day, I would brush off her feelings because I felt that she had it ‘easy’. I became over-critical of her and wasn’t a very good friend.

She noticed this as well and called me out for not being supportive. To salvage my friendship, I knew that I had to change.

But is it normal for people to feel envious? 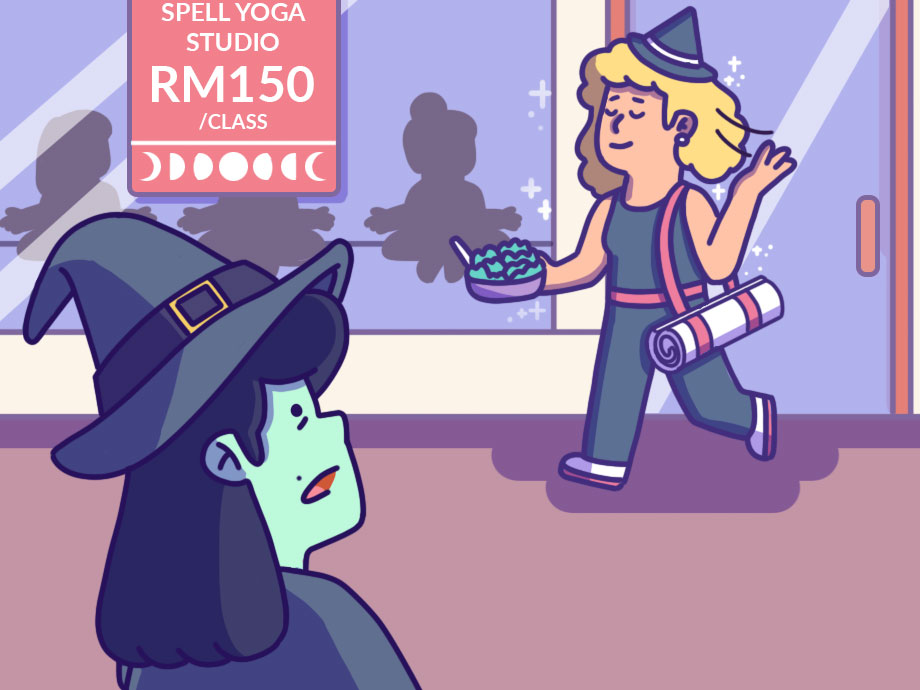 Being Healthy Doesn’t Have to Cost a Bomb

What science says about envy

All of us feel envy, says Lee Xiao Shiang, a clinical psychologist at the Malaysian Mental Health Association.

“When you are young and a kid gets a toy that you want, you will feel envious and jealous. It’s a basic human emotion,” she adds.

Xiao Shiang elaborates that envy stems from expectations you have for yourself. “When someone gets something you want, you start thinking, ‘That should have been me’, or ‘I want that too’. It reveals unmet (wants),” she says.

And although envy is a typical emotion, the 30-year-old psychologist points out that it gets a lot of negative stigma because it is an unpleasant feeling. Plus, if left unchecked, it can lead to harmful connotations.

For instance, feeling envious of a friend’s new car is understandable, but if that drives you to scratch their car because you are flooded with jealousy, you need to keep your emotions in check.

As Xiao Shiang puts it: “Having these feelings are fine but acting on them with (negative) actions are not. (Likewise,) healthy competition is encouraged but being ultra-competitive to the point where it becomes an obsession is unhealthy”.

She recommends giving ourselves a bit of time and room to grief the fact that we didn’t manage to get the item or thing we craved, before working towards managing your envy.

“It is important that you recognise the emotion and acknowledge that your expectations were not met.

“When someone gets something that you want, identify what that person did to get that. Also ask yourself, ‘What are the things that I have that are different?’ Think about the trajectory you want in life based on your own values,” she says.

Sometimes, the lifestyle you crave for (and envy others for having) might not even be suitable for you. For example, you might be envious of someone who travels for work frequently, but if you have young children and you value spending time with them, then travelling every week might not be an ideal option for you.

Constantly comparing ourselves to others also brings more harm than good.

When we compare, we are always going to fall short and get disappointed because someone is always going to have something you want, says Xiao Shiang, who adds, “How others choose to spend their money is beyond our control so we should acknowledge that”.

“It’s all about emotion management – separating the feeling from the action and not letting it get out of control,” she says. The Cost of Fitting In

What I did to deal with my money envy issues:

Although everyone feels envious from time to time, it is important to manage this emotion, so it doesn’t lead to other negative thoughts that can consume us. So, once I realised that my money envy was having a negative effect on my relationships, the next step was to take action. 1. Being grateful for what I have

As cliché as this sounds, focusing my thoughts on what I had, rather than what I didn’t did wonders to my self-esteem.

After I started working, I was able to meet people from all walks of life. This was when I realised just how privileged I was. All this time, I had been longing for all the things my friends had that I didn’t, but I didn’t realise that I came with a silver spoon in my mouth, in the eyes of others.

I met families who lived in small apartments that were scarcely furnished, and people who earnt a fraction of my pay, although they worked doubly hard, often clocking in 12-hour shifts.

I realised that I had a pretty good life and was surrounded by good people. I decided to focus my thoughts on being grateful for things that really mattered such as family and friends and to change my mindset. Now, I value experiences more than material goods.

2. Remember that it is not a competition

In my younger days, I would often compare myself to my peers and this made me feel like I needed to keep up with them. Whenever they bought gadgets like the latest handphone model, I felt like I needed to have it too, although I was hardly in need of all the high-tech functions they contained.

As I grew older, I realised that life is not a competition and that I should be happy for my family and friends when something good happens to them, and not feel the need to compete with them constantly. As their confidante, I am supposed to have their back and be supportive.

Thus, when my friend got a promotion, I celebrated it rather than felt the need to outdo him. Because seriously, how much money my friend earns doesn’t affect me in any way.

To uncover the reasons behind my negative money-envy thoughts, I decided to dig deeper and asked myself why I was feeling this way. After doing a lot of thinking and self-reflection, I found that my money envy was because of my own insecurities.

I felt an unnecessary need to compete with my friends and whenever they got something I couldn’t afford, I would get jealous like a child. I felt that it was unfair that they could afford to have luxuries I couldn’t, because in my head, I thought that I tried equally hard, if not harder than them.

But life isn’t fair, so I had to come to terms with that fact and to work with what I have that is within my capabilities.

The friends you have matter too. Some friends bring out the best in you while others do the opposite. Having a negative friend who is constantly around can be emotionally draining, not to mention, their way of thinking might even rub off on you. So, I try to avoid such people. And since I was the negative friend at one time, I make it a point to be more supportive and thoughtful of others.

4. Recognise that nothing in life is free

What we see are just things on the surface. For instance, when my friend got a job promotion, what everyone saw was that he was going to get a big pay increase. But to get there, I knew he had to make a lot of sacrifices.

In the lead up to the promotion, he was working a lot! He was constantly stressed as many of his colleagues were vying for the same position.

Getting a pay increase sound good, but it comes at a price. And when you think about the sacrifices that are involved, chances are that the promotion you were envious of would become less appealing. 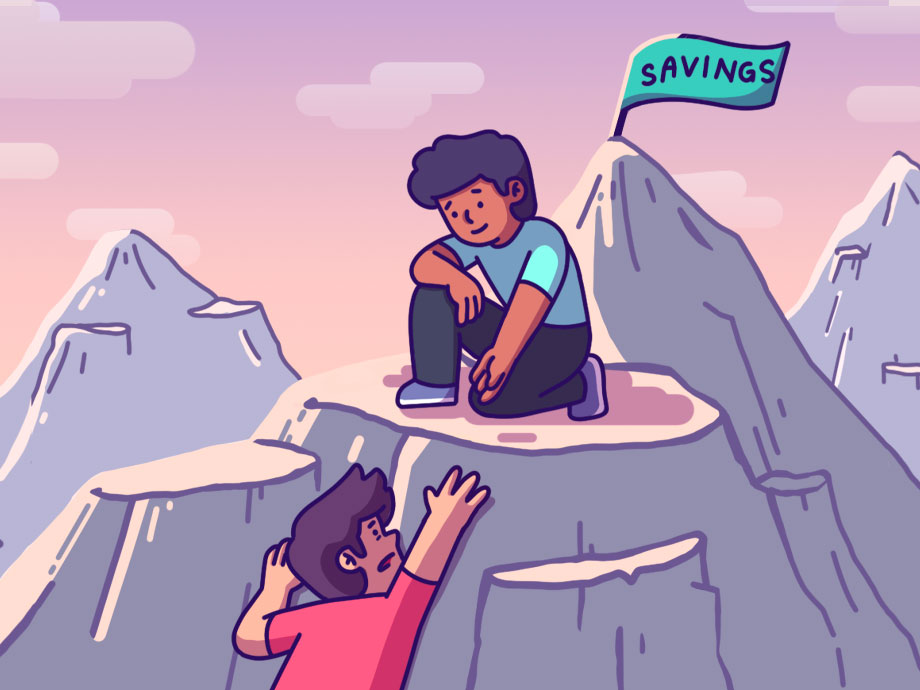 True Friends Care About Your Finances

It’s Okay Not to Be Okay Are You Guilty Of These Budgeting Blunders?